No year gets off without its share of stinker flicks...the bad, the really bad, and the ugly, those films that should never have seen the light of day. And while 2011 proved to be a year of average to lesser-than average films, it didn't have too many really big bombs. But the sad truth is that bad films do too often see the light of day, and at the cost of money paid for the tickets.
So, in the spirit of trying to get that money back, we again pass out the awards for those works of suckitude unequalled in a 365-day period.

Searching meticulously, the list finally came together. We begin the countdown with...

In a perfect world, we wouldn't have movies that try and fail to be anything other than epic. But sometimes, all we have is a movie not quite epically bad, but just really bad. Immortals was one such film. Brought to us by the director of The Cell (1998), this high-budget hope-dasher just wasn't salvageable.

Another cheesy sword-and-sandals wonder that may not have been a welcomed remake, but when we tried to make a place in our hearts for it, we were put off by its many shortcomings. This isn't to say it didn't try, but sometimes we need more than a desire to reinvigorate the source material.

There was a reason we didn't go back to the moon, and it had nothing to do with spending or anything like that. This "mockumentary" explains it all. The slow-build, high-suspense approach would have worked had our director known how to orchestrate things to a climax that matched the film's 88-minute runtime, but instead, we get choppy mini-revelations of moving spider rocks seen through flickering cameras, accompanied by unexplained noises on the communication channels that, frankly, begin to annoy the hell out of us. Simply put, Apollo 18 was a mistake.

No one with any sense of what Transformers was will appreciate Michael Bay's grievous mishandling of any in his Transformer series from 2007 onward.

And while, compared to Bay's other Transformer movies, this one was surprisingly better with an actual plot behind the overdone mess of noise and destruction kicked into overdrive, it still sucked hellaciously. It is worse than teen fodder. Our replacement for Megan Fox (Rosie Huntington-Whiteley) does nothing but act as a damsel in distress, getting saved from one jackpot and nearly getting killed in another. Pathetic.

There really are people who think kids are stupid enough to want this. Just throw together Jessica Alba, some fart gags, and a dumb, poorly put-together spy montage and kids will love it, they say.

No, not they won't love it, not when it is this crapolla. If they are old enough to make sentences, the kids will hate this. Either that, or they're stupid.

Sucker Punch sucks...epically. It has no story at all. What it has is junk CGI art and beautiful helpless girls trapped in a mental institution. This helps the preteens jerk off. And it has fantasized superhero battles between the girls and Nazi skull zombies, giant robots, and other nonsensical BS that only means something to you if you are a mindless, game-addicted loser tard who only has access to these girls to spank off to while using mom's computer where adult content is blocked.

This movie blows! And that should really surprise you because this film was created by Zack Snyder, the guy who brought us The Watchman (2009)!

#9) Alvin and the Chipmunks: Chipwrecked (D-)

Stupid, grating, and patronizing, this boring and unenjoyable kids' movie will only appeal to those who constantly live and walk in nostalgia...but maybe not even them. Way worse than the other Chipmunks movies (which were great compared to this), this was hard to watch.

The film does generate a mild amount of interest in portraying one thing: psychos simply cannot hide their twisted behavior for long. But this is as far as we can go in compliments. The murder scenes have as little drama as they have blood. There is no sense of terror or concern for anyone. This rather boring, no-boundary-pushing, under-dramatic charade of wannabe college psychodrama should be evicted.

Botched by its own producers, slowly paced, and badly written, this one is a do-over for sure. I don't think anything was done right here. There's a story under this mess somewhere, but don't expect to be any better off for seeing it should you choose to.

The abruptly cut action scenes are an assault on that soft, vulnerable part of our brains that causes us to ask: “What the hell did I just see?” The combat sequences with the swords are a shimmering disappointment. The plague-cursed, attacking monks popping into the action and the subsequent ease by which they are dismembered is next to laughable.

Not much can be said for a movie where the only emotionally moving ordeal is the crossing of a horse-led wagon over an old, dilapidated bridge.


--- And now is that time where we dispense the awards for the top 5 super-stinkers that managed to outshine the competition in audacious badness. And the awards go to... --- 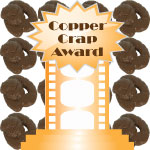 Mishandled from square one, Priest is the type of oddball comic-based movie with nothing to offer any audience, in addition to being yet another example of wasted 3D.

And what good are shown-off powers if we can't stand those who wield them?

It's about ninja-trained priests fighting off vampires while suffering the onslaught of corruption in their ranks in some medieval post-apocalyptic future where the Catholic Church is again becoming fascistic.

No one likes it and no one should because it sucks. It's just wrong. 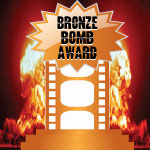 Well, this one is especially bad, and it doesn't come down to whether or not you like Adam Sandler movies. This is Adam Sandler playing his twin sister coming to stay for the holidays in drag. Awful stuff.

The plot and humor are predictable, the jokes are unoriginal, the slapstick is simply not wanted, and the celebrity-in-drag routine is a thing easily done, but not often done well (as it isn’t here). 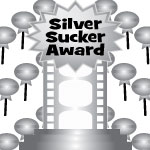 This one wouldn't have even made the list had it not, as a breakthrough independent film, jumped into the public eye since the infamous first of the series, The Human Centipede: First Sequence. That horrifying, life-altering movie had a story of such beautiful deviance that it topped Most Disturbing lists everywhere.

The second film is nothing but a distorted attempt at shock value that makes you watch diarrhea sprayed onto camera lenses. It is as dumb as its main character - full of rotten performances - in the body of a story that had no idea how to add to the first movie like director Tom Six said he would be doing with this project. It is mindlessly nasty exploitation, mentally substance-less. It has nothing of value in its viewing, even for sickos. 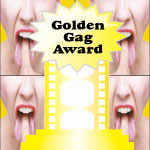 Of all the bad attempts at recreating the teen romance of Twilight, Red Riding Hood comes along and takes the cake.

There really isn't any competition in terms of how solidly this film blows its chances of making good on what it wanted to accomplish. The performances are awwwwwful (all except Gary Oldman's).

Catherine Hardwicke, the director of the first Twilight movie, brings us Red Riding Hood, a lifeless regurgitation of the Twilight films, but way, way worse. Observably lacking in passion or appeal of any kind for even the most sub-par of cheap teen romances, Red Riding Hood is an abomination. 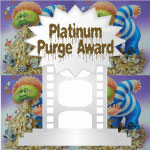 And the highest honor in awfulness goes to Beastly, a waste of tape and time about a young man who is cursed with ugliness for sneering at those more symmetrically challenged than him.

Intending to be a teen romance/Goth-EMO take on Beauty and the Beast, the film’s message about spiritual love transcending physical beauty is not only overplayed, but in this overt and unoriginal context, is clichéd. Everything is awash about this ineptly directed and unconvincingly acted excuse for a movie that is a failure from start to finish.